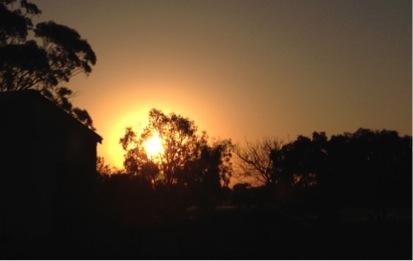 I’ve wrapped up my whirlwind tour of Australia and I’m writing this issue on my 14 hour flight back to Calgary from Sydney. I’ve logged 40,000 km, seen a lot of country, and met with plenty of farmers, industry reps and researchers. Once again I’m inspired by the people who grow the same crops but attack the problems from a different angle.

I’ll begin this week’s newsletter with a few thoughts and facts I gathered on my trip. We’ll look at the Harrington Seed Destructor, a mechanical weed resistance tool designed in Western Australia and then we’ll review a trial that compared disks to tyne openers and narrow versus wide row spacing in wheat. We’ll finish with technical grain market news. It’s great to be home!

I did few interviews on my trip. You can listen to the GRDC podcast talking about root heat index, handling abiotic stress, controlled traffic farming and our offset hitch