My first stint on the CTEAM course finished last week and it was eye-opening in a very good way. Once again, my lens has changed for examining strategy and business planning. Now, it’s on to VR fertility recommendations and target seeding rates as seed analysis tests come in for germination, vigour and tkw. It won’t be long and we’ll be prepping the drill, trucks and sprayer for seeding. Thankfully we’ve had a great melt but in our area there is still plenty of snow to leave before spring.

This week will look at using ESN as a part of a nitrogen use efficiency strategy. Next, we’ll look at using grain nutrient concentration test as a new tool for calculating nutrient removal. We'll finish with a link to our CTF Alberta magazine called On Track and technical grain market news.

Evaluating a nitrogen use efficiency strategy 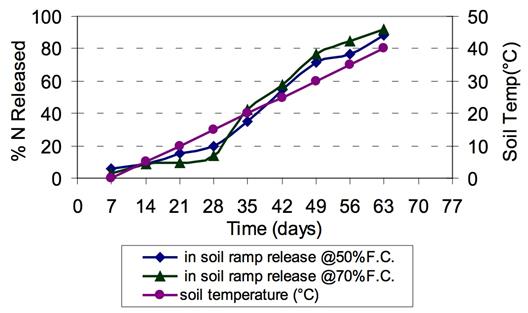 In a one-pass seeding system, it’s difficult to match nitrogen release with crop uptake when all of the nitrogen is applied at once. When planting in early May, peak nitrogen demand in wheat, barley and canola doesn’t occur for roughly 40 days and lasts an additional 30 to 40 days before leveling off in our climate. That leaves nitrogen vulnerable to loss for up to 70 to 80 days after planting. Some producers are interested in ESN as a way to manage a slow release nitrogen strategy. If you’re thinking of using ESN there are some points to consider before you start.

First, ESN is a polymer-coated urea that controls nitrogen release through temperature and moisture. As soil temperature and moisture rise, the polymer coating weakens and allows urea solution to exit through the pores of the polymer. Agrium’s research shows 8-15% of N released within 10 days, 40-60% of N released within 30-40 days and 85-90% released within 60 days. The main driver of nitrogen release with ESN is soil temperature with 15 degrees Celsius the real trigger point before nitrogen releases more quickly. Soil moisture does play a role but to a lesser degree. As a comparison, 90%-100% of straight urea can convert to plant available within 7 to 10 days, well in advance of peak demand.

Technically, 45% of available nitrogen is necessary to meet peak demand between jointing and flowering. In this example, 67.5 lbs/N/ac is required for that demand. Based on the ESN response graph above at soil temperatures of 15 degrees C, roughly 30% of the nitrogen will be available. Now, let’s bump that to 50% available to be conservative and for easy figuring. So, theoretically, you would need 135 lbs/N/ac as ESN to supply 67.5 lbs/N/ac of available nitrogen prior to peak demand at 100% efficiency. You also need 60 lbs/N/ac at planting to meet the first 45 days of nitrogen uptake.

To conclude, a lot has to line up just right to match nitrogen release from ESN with peak nitrogen demand. You also need a high volume of ESN at planting in order to have enough available at peak demand with availability rates of 50% at 15 degrees Celsius. Top that off with a $110 MT premium over straight urea and you really throw more risk into the equation with the added cost. In reality, a custom ESN response curve must be produced from local soil temperature data to generate an accurate response curve. Only then would you be able to determine whether ESN is an economic fit or not. For now, we’ll go back to using it as a seed safety tool and a nitrogen use efficiency tool second. SL

We’ve long used soil tests as a guide to balance soil fertility and make fertilizer recommendations. Over time, with enough samples you gain confidence in the amount of nutrients in the soil. However, there is still a question about how many nutrients are exported in the grain to balance out the supply and removal equation. Tom Jensen from IPNI led a research study in Western Canada in 2010 that compared soil test nutrient levels to wheat yield, grain nutrient concentrations and total nutrient removal in grain.

The 2010 western Canada study consisted of growing 10 wheat genotypes; 5 Hard Red Spring (HRS), 3 Durum, and 2 Canadian Prairie Spring Red (CPSR), at 6 different field sites; near Watrous, Regina and Moose Jaw, SK, and Three Hills, Delia and Vulcan, AB. You can read the finer details of the study here. You can view the graph above here.

Soil samples were taken and analyzed for plant available nutrients from each of the field sites in April before planting. Individual wheat genotype plots were replicated four times at each experimental site. Yields used in the correlations were a four replicate average for each genotype at each site. A subsample from a site bulked grain sample for each genotype, was analyzed for nutrient concentrations.

In a nutshell, the research showed there is strong correlation between soil test nitrogen, magnesium, boron, iron, zinc, calcium and copper levels and the concentration of those nutrients inside grain. With enough sampling and calibrating grain nutrient testing could be a more accurate way of determining hidden hunger when soil tests don't tell the whole story. Perhaps that ergot problem you have really is a copper deficiency? Grain testing could point that out.

There are countless stories about animal nutritionists recommending calcium, magnesium and copper in animal diets because the grain or feed is deficient. I’ve seen this before where soil tests for magnesium show high levels yet the K:Mg ratio is high or the base saturation level of Mg is low and the animal nutritionist recommends magnesium as a mineral to prevent calving issues. The same could be said with copper deficiencies and figuring out whether the increased ergot you have in wheat is in fact caused by a copper deficiency.

The cost of a grain analysis is roughly $80.00 a sample and ALS Labs provide this service. I’m sure others do as well. If we want to refine and improve the accuracy of our fertilizer recommendations, I’m sure the future includes a test for grain nutrient concentration. From there you can fill in the gap between supply and actual nutrient removal from each field and help pick out nutrient deficiencies in the grain. Time will tell. Big thanks to Tom for spurring on the research on this topic. SL 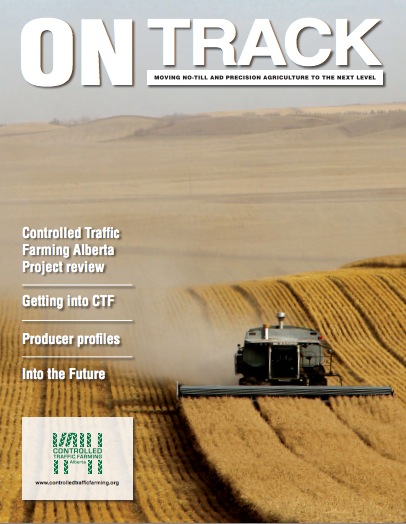 In 2011 CTF Alberta embarked on a three year study with five cooperators to look at controlled traffic farming compared to random traffic. I hope you all see the irony of using an N7 Gleaner on the front cover. Here are some tips on moving to CTF and the set ups of each cooperator. See link below. 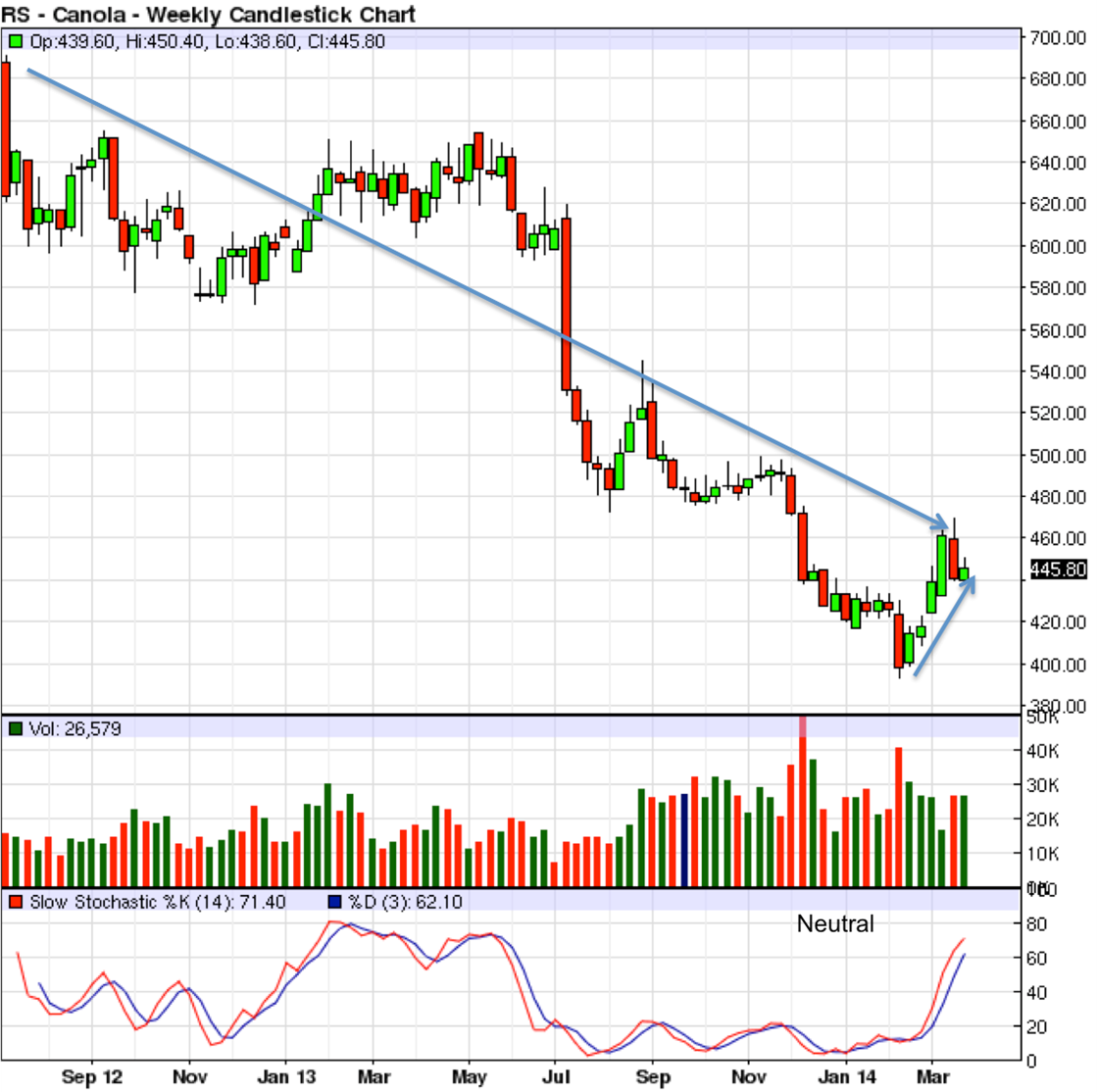 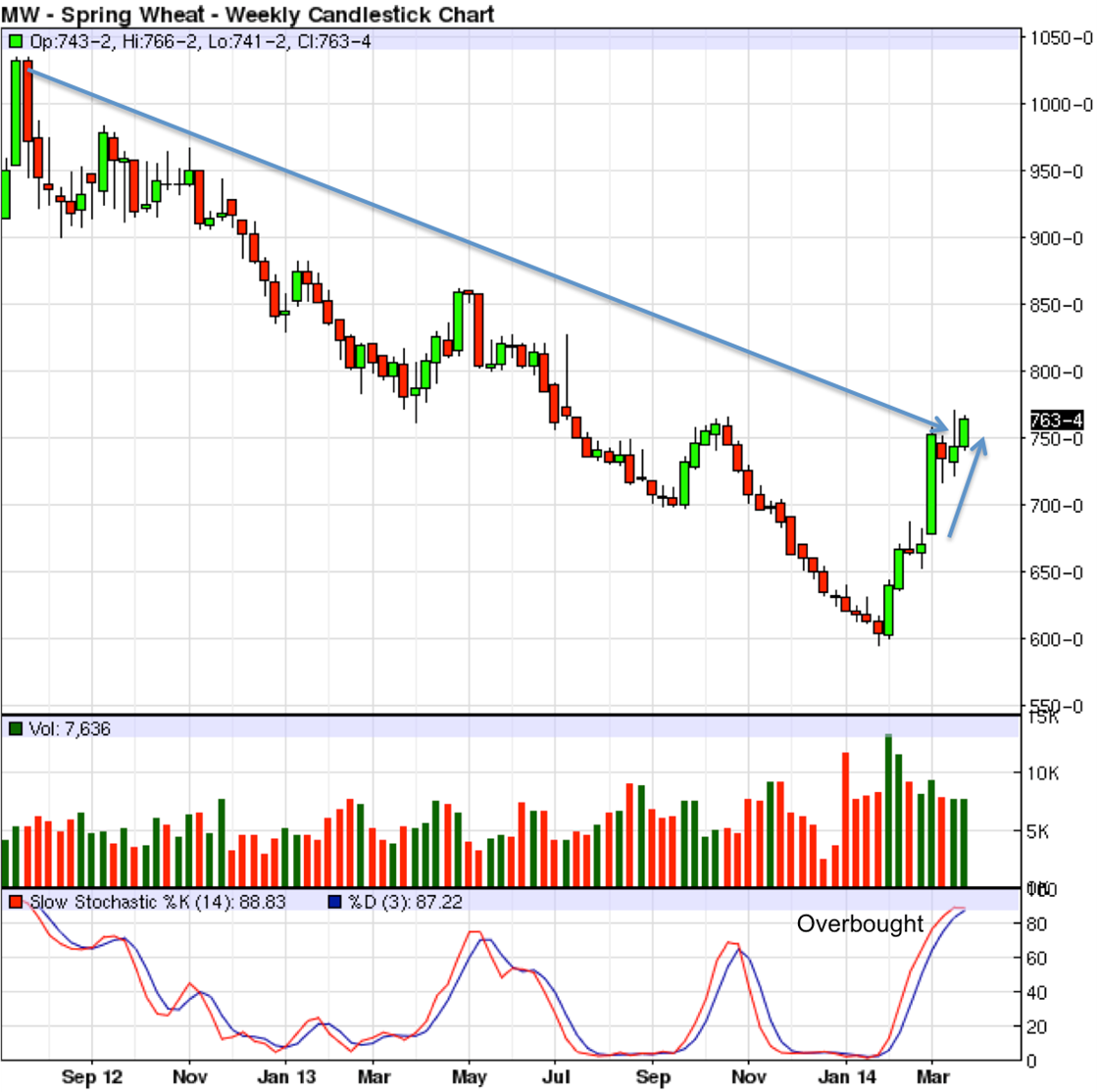 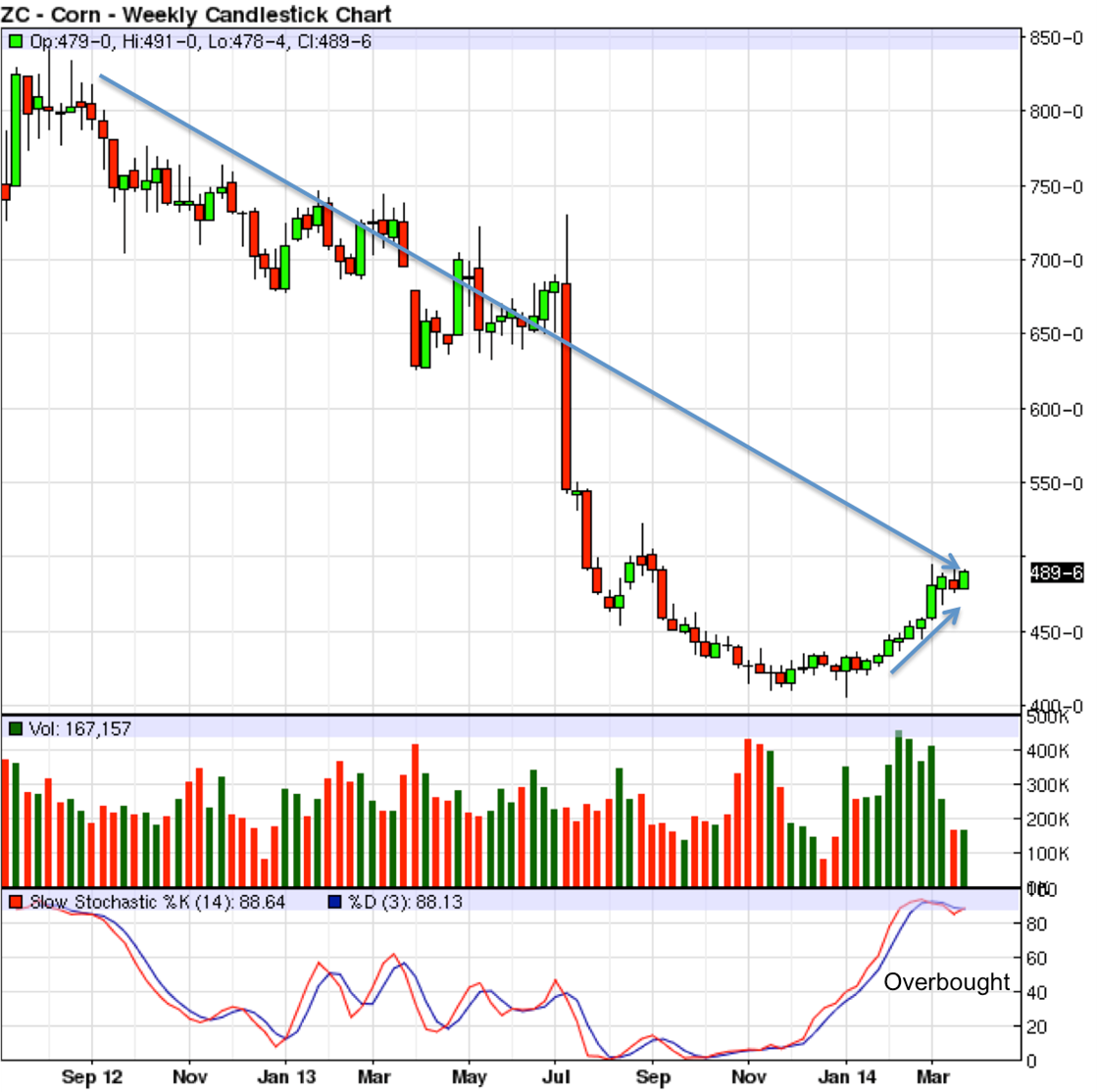 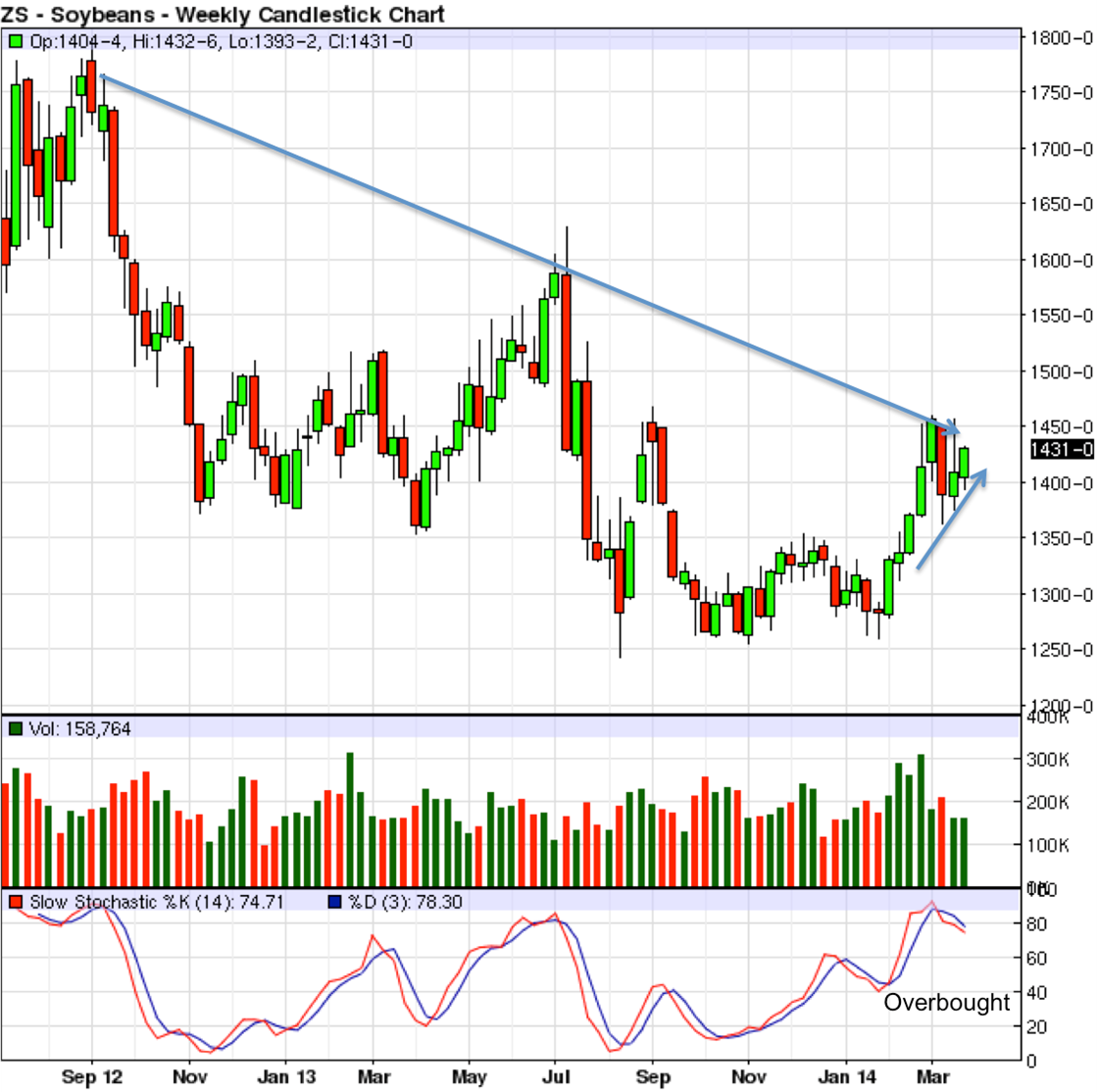 Canadian $: Jun 14: The short and long term trends are down. 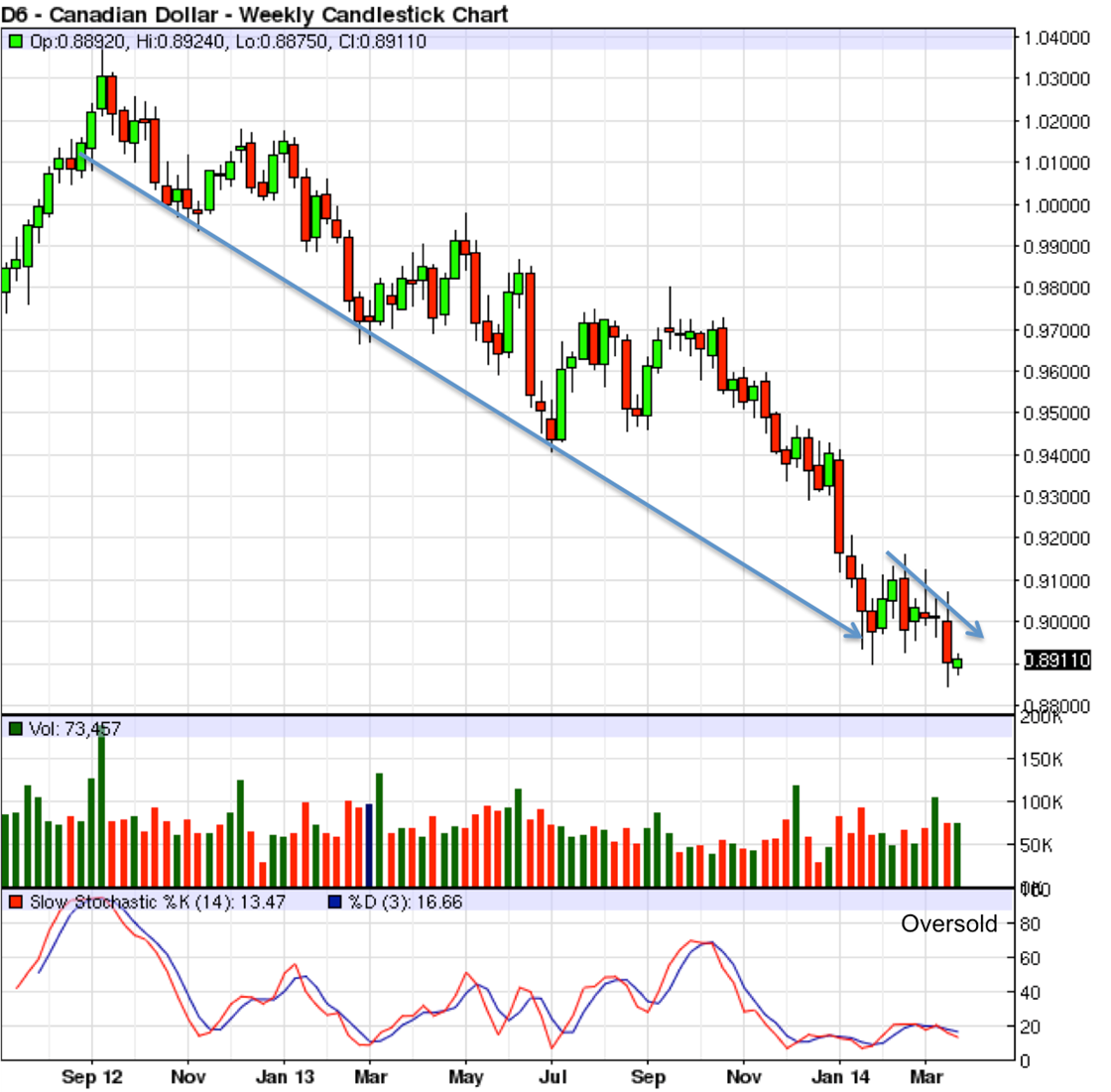 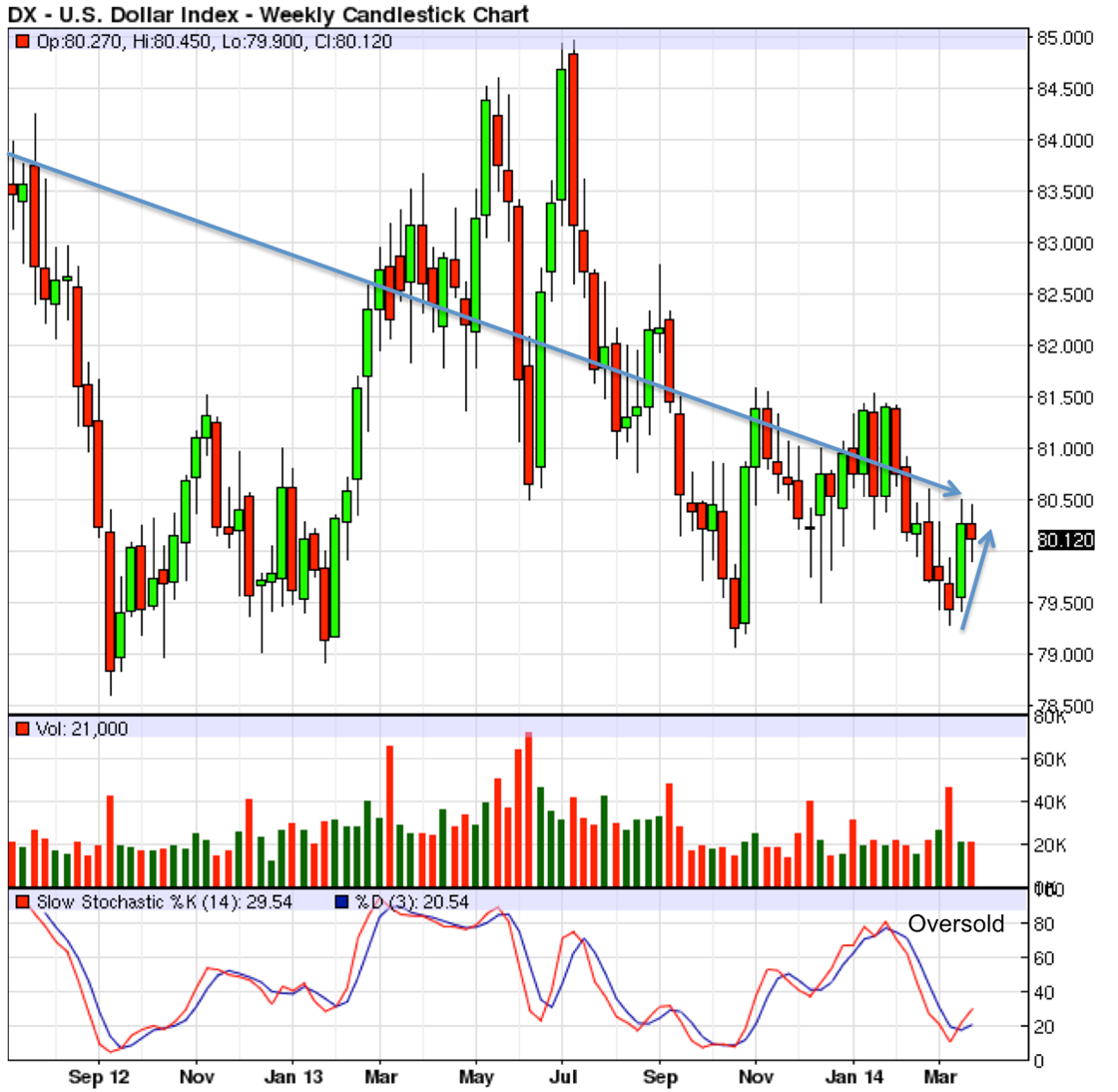